William C. Wert made his Solemn Profession in the Roman Catholic Order of Carmelites
in 1980 and was ordained a Catholic priest in 1986. In 2004, Fr. Wert was named
Prior of Whitefriars Hall in Washington DC, which is a house of formation for the
Carmelites. In this position as the Director of Formation, he oversaw all the levels of
formation for the Carmelite students. He continued in his role as coordinator for the
Province’s vocation team. Wert belonged to the Province of the Most Pure Heart of
Mary, Roman Catholic Order of Carmelites. The headquarters are located in Darien
Illinois. Carmelites from this province serve in Arizona, California, Florida, Illinois,
Kansas, Massachusetts, New Jersey, Canada, Mexico, and Peru.

Wert was charged in 1997 with the sexual abuse of a 14-year old boy in Washington DC.
In September 2007, he was convicted of simple assault and sentenced to 180 days in jail
and 5 years probation. In February 2011, eight additional charges of lewd and lascivious
conduct as well as committing a sex offense on a young boy between the ages of 12 and
15 years old.

The Order of Carmelites is a Catholic religious order similar to the Jesuits, Franciscans,
and Benedictines. Their members are commonly referred to as friars and they are brother
and fathers in the religious order. While they belong to a religious order, they must
receive the permission of a local bishop to work in a particular area.

The Order of Carmelites, a religious order in the Catholic Church is no stranger to sexual
abuse lawsuits. In 2006, the Order of Carmelites agreed to pay a significant portion
of a $10 million lawsuit settlement for Carmelite priests’, (including Dominic Savino)
involvement in sexual abuse of minors in the Archdiocese of Los Angeles. In Chicago,
a notorious priest sexual abuser, Fr. Louis Rogge, who abused minor boys in the late
1990’s under the guise of spiritual direction. In 2009, the Diocese of Dallas settled abuse
lawsuits for $4.65 million with survivors involving Carmelite priest Thomas Behnke.

Last summer, a victim’s advocacy organization SNAP held a news conference in front of
the Order of Carmelites headquarters in Darien Illinois demanding they inform survivors
of the whereabouts of a predator priest, Fr. Kevin Michael McBrien. The Carmelites
never responded to repeated requests from the survivors as to the whereabouts and
investigation status of this priest.

Similarly, the Order of Carmelites never informed the local community in Venice Florida
that William Wert was a convicted child sexual abuser living among their children. In
fact, in spite of Wert’s supervisor’s assurances that Wert was sent to live in Venice so
that he would not be in close proximity to children, he was living within four blocks of
Epiphany Cathedral and School, with easy and ready access to hundreds of children.

If the local Diocese of Venice didn’t know about the convicted priest, they should
have known. It’s public record that he’s convicted of sex offenses against children.
Furthermore, the Order of Carmelites had a duty to inform local citizens that a convicted
pedophile was living within close proximity of hundreds of children. As far as we can
tell, Wert was under no direct or close supervision in spite of his propensity to molest
children. We still do not know how many children he may have harmed in Florida. Law
enforcement officials are reviewing his computer hard drive and have stated that they
believe there are more victims.

If you or a loved one has been harmed by William Wert, contact the Sarasota County
Sheriff’s Department immediately at 941-861-1704. If you have legal questions, please
do not hesitate to contact us, we’ve handled hundreds of priest sex abuse cases.

A Message From Joe

by Marci A. HamiltonOriginal post on verdict.justia This is a historic year for child sex abuse victims. Millions have been empowered […]

Victims of abuse by Catholic priests suffer a unique type of PTSD. The trauma is in the past, but the […] 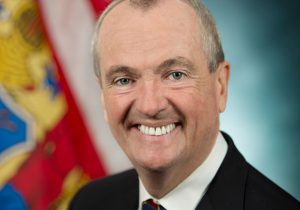 The fight has been long and hard.  It has taken two decades for survivors of sexual abuse to get justice.  […]